A chimney provides warmth and adds an aesthetic element that is unmatched in your home. (Mankind will always love the fireplace click here to see an article why!) Unfortunately, your chimney also presents an open-door opportunity for animals to enter your home. Read on to learn 4 reasons why you should invest in a chimney cap!

Closing off the chimney with a chimney cap closes the door to unwanted animal visitors and prevents costly problems caused by animal access into your home. 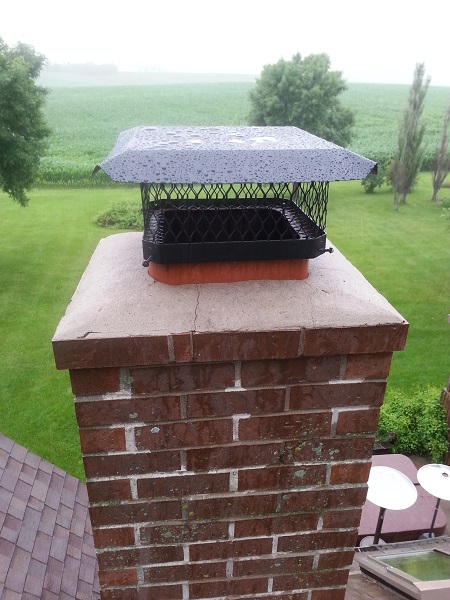 If your chimney isn’t capped, you may find yourself dealing with:

The best way to prevent animals from getting into your chimney interior (the flue) is to cap off the top of the chimney with a chimney cap. To cap a chimney, Midtown Chimney Sweeps technicians generally install either a standard chimney cap or a top-mounted damper to seal the small access area at the top of the chimney, while preserving a passage way for combustion gases to escape.

A chimney cap consists of steel wire mesh that surrounds the chimney’s exposed areas at the top and has a little “hat” to keep rain out (or most of it! This is the least expensive solution. Next, the top-mounted damper creates an airtight seal, which you can close to keep conditioned air inside the home, and keep animals out. These are the best solution for all matters related to chimney caps, but they do cost more!

If your home already has a cap, you may need to check its condition. Over time, chimney caps can rust, creating small holes for animals to squeeze through. The cap may need to be replaced. If so, contact your local Midtown Chimney Sweeps business to assess the condition.

A cap or damper installed on your home’s chimney provides peace of mind for many decades, so you’ll never have to deal with foul odors from decaying animals or animal droppings, or find a clever way to evict a raccoon out of your home. The investment in a chimney cap or damper pays off in terms of peace of mind and prevention of home damage.

Fill out the form below and someone here at Midtown Chimney Sweeps will get back to you promptly!!