Although the life of the chimney sweep has been dramatized and romanticized as being cheery and fun — such as presented by Dick Van Dyke in the movie, Mary Poppins — the reality of their life, especially that of the children forced into servitude, was dramatically different. Although chimney cleaning has not always been an enviable or safe profession, chimney sweeps have always been very much-needed. Chimney professionals of today are respected specialists who provide chimney cleaning services in a much different environment than their predecessors throughout history.

History of the Chimney Sweep 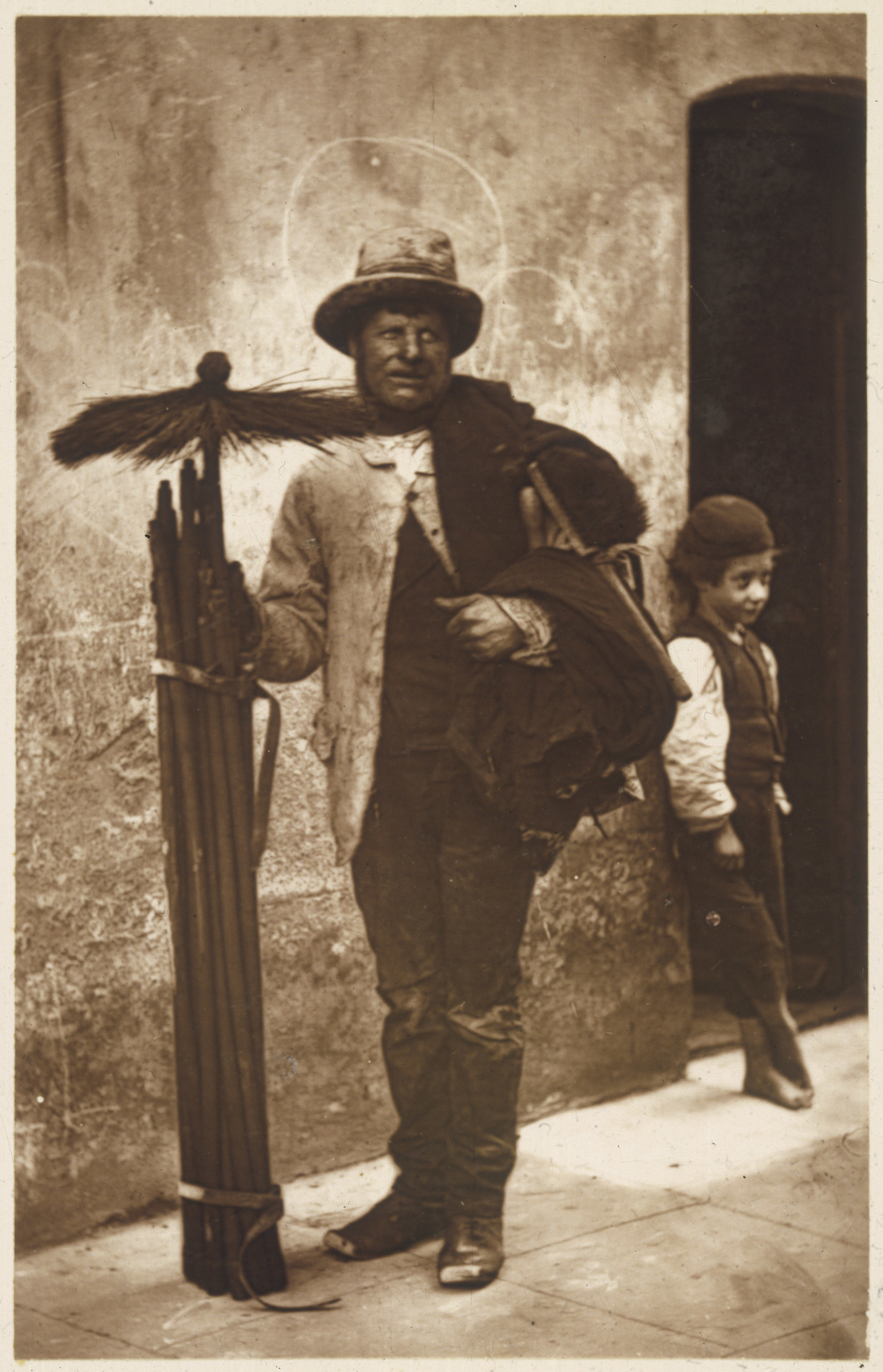 In earlier civilizations, fires were built in fire pits in the center of rooms to provide warmth to buildings and homes; however, the early Romans began using fireplaces to produce heat and to cook indoors. The earliest signs of chimney use date to the 13th century in Italy, but it wasn’t until the 16th century in England that the trend of fireplaces and chimneys really took off and people began constructing homes with fireplaces in each room. Originally, chimneys were built into the homes of England’s ruling class, but it wasn’t long before fireplaces and chimneys were built into the homes of the working class as well.

In 17th century England, the government began to charge a very hefty hearth tax which was based on the number of chimneys in a home. To avoid paying taxes on the additional chimneys, builders began to adjoin the flues of new fireplaces to existing chimneys within the home. This led to the creation of a complex labyrinth of pitch-black narrow tunnels inside the walls of the homes.

With the increased urban population that accompanied the industrial age, the number of homes with chimneys increased. Buildings were taller and new chimneys were grouped together. The routes taken by the flues often involved two or more right angles as well as horizontal and vertical sections. The common size was fourteen inches by nine inches because narrow flues created a better draft. Buckingham Palace is said to have a flue with 15 angles that narrows down to nine by nine inches. Small chimney sweeps were required to navigate such tight spaces.

During this time period, the need for chimney professionals increased. Coal grew in popularity as an alternative fuel source for wood. Since coal left large sticky deposits of residue on the walls of the fireplace and flue, the need for more frequent cleaning of the chimneys and flues increased. If not cleaned routinely, the deposits began to block or deflect the flow of air up the chimneys forcing harmful and toxic fumes into the buildings and homes.

As the use of coal increased, routine chimney cleaning became a necessity. During this time, the profession of chimney sweep grew rapidly. Chimney sweeps became associated with the provision of fresh, clean air in the home and a symbol of good hearth and good health because of the clean air their chimney cleaning services provided.

Cleaning inside the maze of soot-covered flues was a dangerous and difficult job. Because of this and because the confines of the flues were small and narrow, poor orphan boys and children sold by destitute parents were apprenticed by chimney masters, becoming nothing more than indentured servants receiving water, food and a place to sleep in exchange for their services.

Entering through the fireplace, the chimney sweep apprentice or “climbing boy” crawled up into the dark confines to scrape coal deposits and to brush soot from the walls of the flues with little scrubber brushes. Children frightened to enter the narrow confines were often coerced by their chimney masters who built a small fire in the fireplace or lit bundles of straw and held it under them to coax the child to climb into the pitch-black maze of flues. This is where the expression “to light a fire under someone” originated. Coercion also included the poking of pins into the feet and buttocks. The young chimney sweeps were usually between the ages of five and eleven years of age; however, some were as young as four. Their bones often became deformed due to the positions their young bodies were constantly forced into as they made their way through the tight spaces.

The life of a child who worked in these conditions was undesirable and dangerous. They were often treated poorly and worked long, hard hours from dawn to dusk under harsh conditions. The soot and grime of the chimneys often resulted in respiratory problems and other related issues. The inhalation of soot and fumes was believed to be the reason child chimney sweeps rarely lived past middle age. Fatal falls due to rotting chimneys were common. Many children died when they became wedged inside the narrow confines of the flues. Others died from cancer caused by the inhalation of soot and fumes.

When Parliament passed the “Act for the Regulation of Chimney Sweepers” in 1864, children were no longer used to clean chimneys in England. Soon, devices were invented which allowed the chimney sweep to clean and brush the walls from one end of the chimney or fireplace without having to actually enter the flue. One method was devised using a heavy iron or lead ball and rope system which cleaned chimneys from the roof down to the lowest fireplace. Another began at the fireplace and worked its way up to the chimney top using a set of canes and brushes. Modern adaptations of both methods are still used today.

The history of chimney sweeps in the United States is similar to that in England. Although the wide flues of lower buildings were often cleaned by the householder himself, climbing boys were used to clean longer flues. During the 18th century, the use of African-American chimney sweeps spread throughout the north and south. It was not until the turn of the century that the US adapted more modern ways of chimney cleaning and no longer used climbing boys.

In the 1960’s, gas and electricity replaced coal and fireplace use to provide heat in homes and businesses. In the 1970’s, however, with the rise in the price of fossil fuels, many people returned to the use of wood in fireplaces. Fireplaces that had been unused for long periods of time without proper cleaning and care lead to carbon monoxide poisonings and house fires when they were subsequently used. The need for chimney professionals increased. Presently, due to the regular use of fireplaces as a source of heat in homes, the professional chimney sweep has made a comeback.

The chimney professionals of today are no longer coated with soot. Instead, they are educated in the science of fireplaces and chimneys. They diagnose and service problems, make repairs, do installations and clean flues, utilizing cameras and improved equipment as part of their chimney cleaning services. History of the Top Hat and Tails

In another story, it is said that sweeps began to wear the discarded apparel of funeral directors — the classic black coat with tails and the top hat. The outfit, being black, was very practical in that it did not show the soot encountered in the job. The apparel also made the children feel better about themselves and gave them pride in their work.

The top hat and tails caught on and it soon became a tradition and the de facto uniform of chimney sweeps, even to this day. 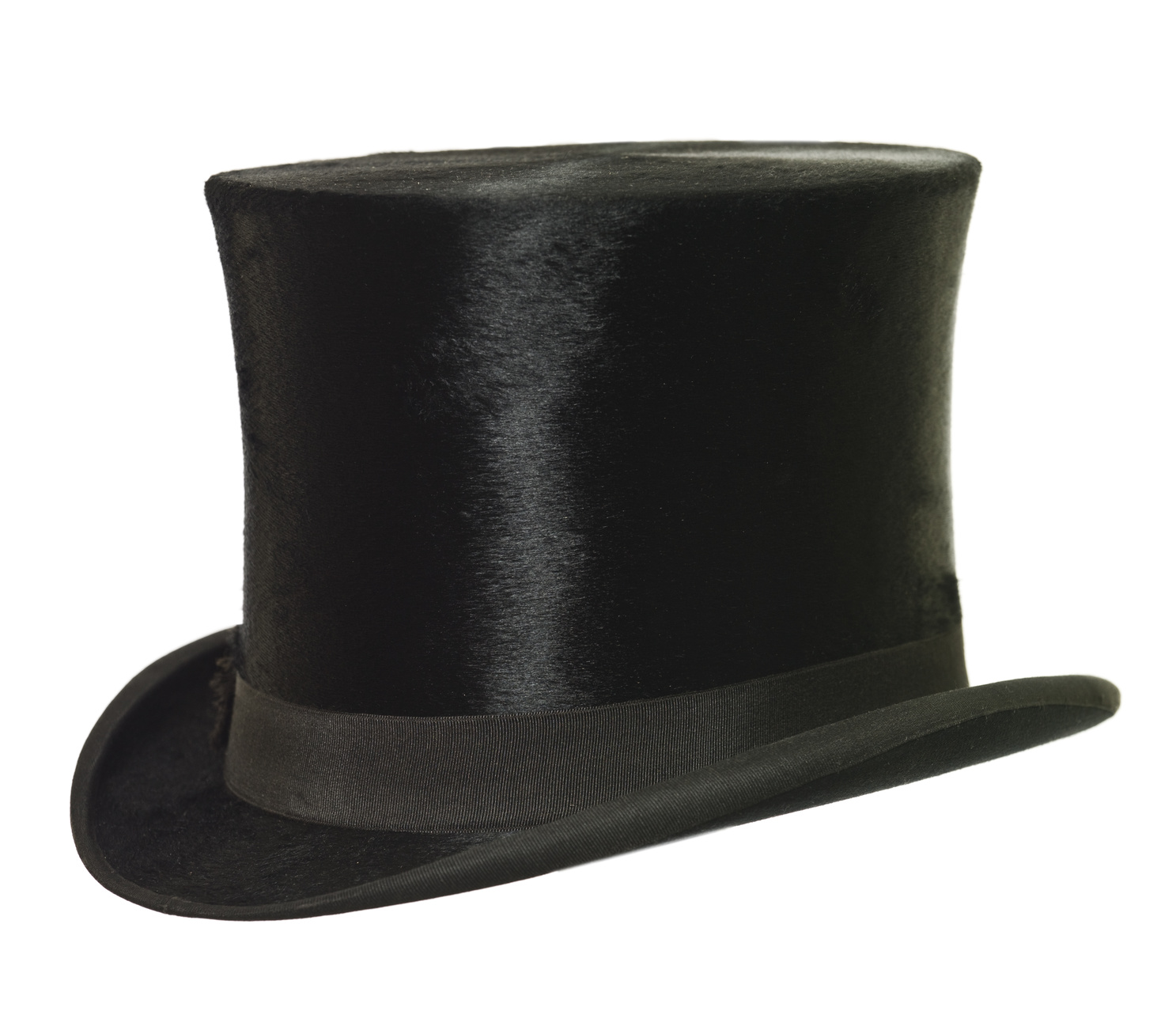 Why are Chimney Sweeps Considered Lucky?

They are many legends that are associated with the luck of sweeps. One such legend says that the life of William the Conqueror was saved when a chimney sweep pushed him out of the path of a runaway horse and wagon. The chimney sweep was invited to King William’s daughter’s wedding and have been considered lucky ever since. Just as the legend with King George, it is said that King William awarded the sweep the right to wear a top hat in appreciation of the heroic act, a privilege reserved for the aristocracy.

Another legend states that a chimney sweep had fallen from the roof in the service of his duties and was hanging from the gutter. A young maiden saved his life, pulling him down and into the house. They fell in love and were wed.

Both legends now indicate that it’s good luck to have a chimney sweep at your wedding, so some couples hire a sweep to attend. Even today, chimney sweeps are hired to give a good luck toast at the wedding, blessing the bride and groom.

Anytime you see a chimney sweep, especially after he has cleaned your flue, lore says you will have lots of good luck if you shake his hand, touch his buttons, kiss him or blow a kiss to him. The chimney sweep, Bert, in Mary Poppins sings, “Good luck will rub off when I shakes ‘ands with you. Or blow me a kiss and that’s lucky too!”