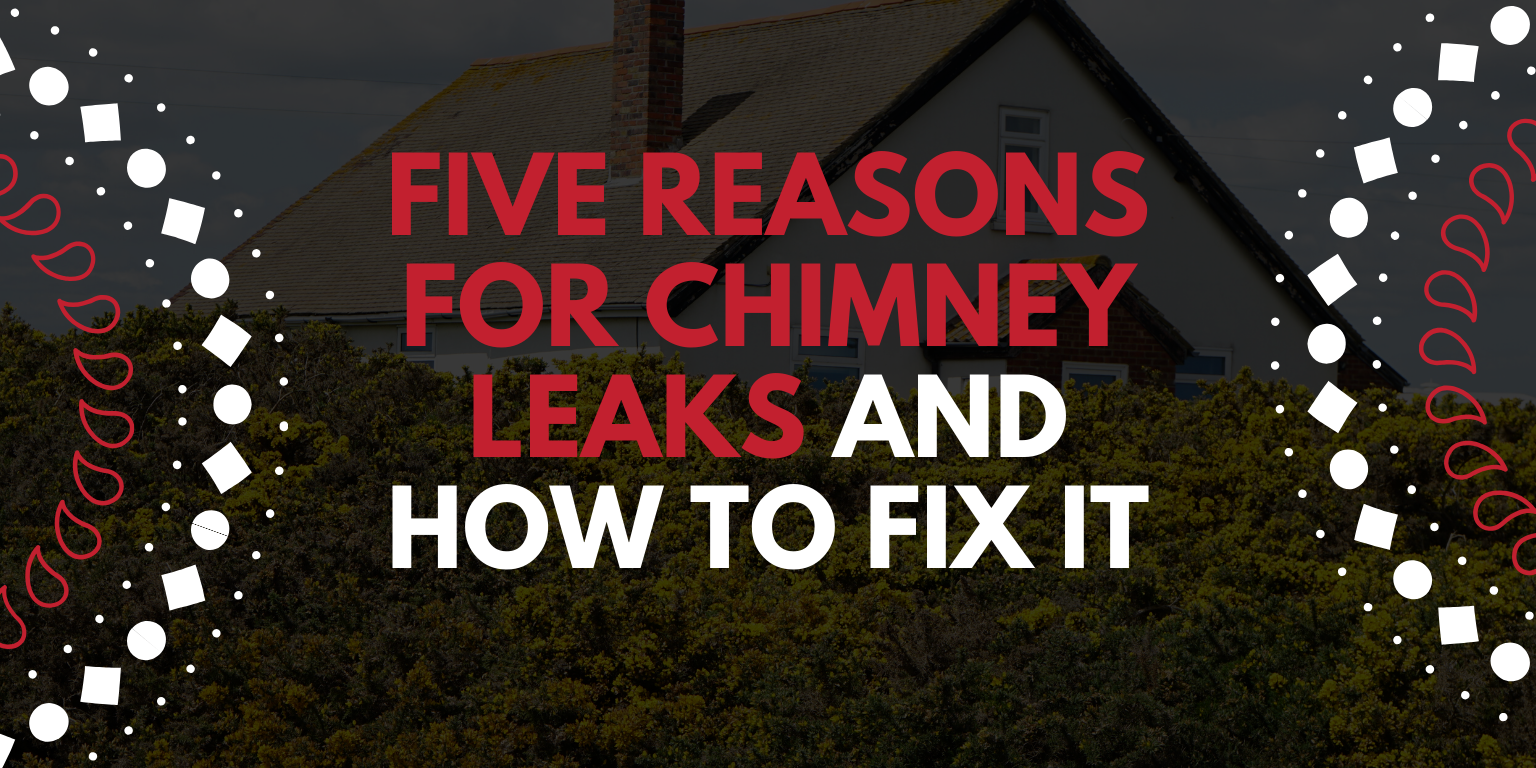 You count on your chimney to provide appropriate ventilation for the fireplace; however, the chimney also has to protect the home from the outside world. If you are noticing that your chimney appears to be leaking whenever it rains outside, there is probably a leak present somewhere. This is particularly true if there is a water spot present on the ceiling. Even a small chimney leak can lead to a tremendous amount of damage. For this reason, it is critical for every homeowner to understand the most common causes of a leaking chimney. Then, rely on trained professionals who can ensure these problems are fixed correctly the first time.

Rain Is Leaking Through the Top of the Chimney

In order to prevent rain from falling from the sky directly into the fireplace, the solution is to either repair or replace the chimney cap. This chimney cap plays a vital role in the integrity of the chimney itself.

Cracks in the Chimney Crown

If the cracks in the chimney crown are not addressed quickly, the results can be severe. The cracks will grow over time, taking the rest of the chimney with it. As the cracks get bigger, more moisture will enter and the rate of damage will accelerate. For this reason, it is important to have the chimney crown inspected by trained professionals once per year to ensure that there aren’t any cracks present. Furthermore, if there is a leak coming from the chimney, it is important to look at the chimney crown immediately. If there is a crack present, trained professionals can fix it while it is still small. This can prevent serious problems from developing, saving homeowners money.

If there is a leak in the chimney, another possible culprit is the chimney flashing. The flashing is the material that is present where the chimney joins the rest of the roof. Initially, the roof and chimney are two different structures. If they are not joined together closely, water will leak in between the cracks, leading to structural damage. Therefore, contractors use a material called flashing to create a tight, waterproof seal between the roof and the chimney. This will prevent leaks from entering the chimney and attic, causing major damage.

Flashing is usually made from durable material, such as aluminum; however, like other materials, it could develop damage over time. This is, arguably, the most common cause of leaking chimneys. It is always a good idea to have the flashing of the chimney inspected ahead of time to identify issues before they cause leaks. Another possible reason why the flashing of the chimney is damaged is that there was not enough flashing placed at the time of construction. This could also lead to chimney leaks. If the flashing is damaged, it has to be repaired quickly. This will prevent the problem from getting worse.

The Chimney Bricks Are Seeping Water

Another possible concern that could lead to chimney leaks is related to the masonry itself. Bricks and mortar are made using water. Then, they harden and are used to make chimneys and homes. Over time, bricks can absorb water from storms. If the bricks absorb water, this water could freeze when the temperature drops. Water expands when it freezes. If this takes place in the bricks themselves, cracks will start to develop. Then, when the water thaws, it leaves the bricks but the cracks still remain. As a result, the chimney will start to leak because the bricks are no longer able to stop the water from entering the chimney.

In addition, if the chimney is in the shade, the bricks and mortar work may not dry completely after a storm. Therefore, they will start to get soggy. If the water doesn’t leave the bricks, it will eventually enter the home. This can lead to a chimney leak that can be incredibly expensive. In this situation, all chimney leaks need to consider the bricks as a possible culprit. It is critical to look at the bricks closely for signs of cracks. Then, if there is a crack present, it needs to be repaired quickly with the help of professional chimney repair services to prevent the problem from getting worse. Chimney Leaks Coming from the Attic

Finally, chimney leaks could also come from the attic. This usually comes in the form of condensation. This is a common reason why the chimney starts to leak. When fireplaces produce gas fumes, they contain moisture. Over time, this moisture will start to condense. This to moisture forming in the flue. Over time, this moisture will be absorbed by the surrounding structure. This can cause water to enter the attic. This is a particular problem during the summer. There is a stark contrast between the cold air inside and the hot air outside, leading to condensation.

Many people do not go into their attics on a regular basis. Therefore, moisture in the attic could sit there for a long time before someone pays attention to it. Then, by the time the moisture is noticed, it is too late. There is moisture leaking from the attic and it is damaging the rest of the home. For this reason, any chimney leaks need to consider the attic as a possible culprit. The sooner these issues are identified, the faster they can be repaired with professional chimeny repair services. It is always better to prevent a problem from developing than it is to fix one that is already present.

At Midtown Chimney Sweeps, we have trained, experienced professionals who can address all of the problems above. From the first day we opened our doors, we have placed the needs of our customers ahead of our own. This has contributed to the sterling reputation that we enjoy throughout the local area. Some of the reasons why people trust us to fix chimney include:

If you are looking for trained professionals who can handle your chimney leaks, look no further than Midtown Chimney Sweeps. We are here to help you with all of your chimney concerns, so contact us today!